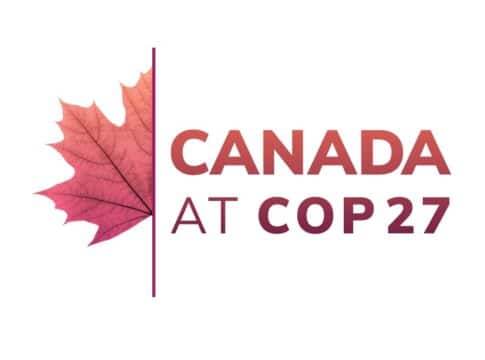 Canada is challenging all countries during the COP27 summit to adopt carbon pricing as the key element of their climate strategies.

Pricing emissions is widely known as the most efficient way to reduce greenhouse gas (GHG) emissions. Carbon pricing is putting a cost on pollution while adding value to desirable things such as clean air and clean energy.

Canada is recognized as a climate leader, mainly due to its robust domestic carbon pricing. The government approach allows jurisdictions to implement their own carbon pricing systems that best meet their needs while aligning with national standards.

Canada is one of the few countries to set a long-term carbon price trajectory up to 2030. This sends a strong signal to pursue low-carbon investments and help reach net zero emissions by 2050.

According to the World Bank, 68 carbon pricing initiatives are currently in place across the globe. These initiatives cover 23% of global GHG emissions.

Canadian Prime Minister Trudeau issued a challenge to triple the global coverage of carbon pricing by 2030 at COP26 last year. But in the year since, the total emissions covered by a carbon price have not changed.

At COP27, the Global Carbon Pricing Challenge was launched. It’s an initiative led by Canada calling on all nations to expand the use of pollution pricing in fighting climate change. Guilbeault said that:

“Countries around the world are realizing that pricing carbon pollution can reduce emissions and fight climate change at the lowest cost while also spurring clean innovation. Working together with like-minded nations, we can triple the global coverage of carbon pricing as an important step toward achieving net zero by 2050…”

8 other countries and the European Commission are already on board the challenge. Yet, most of them already have carbon pricing in place or have a program planned.

Joining the panel discussion at COP27 are the U.K., New Zealand, and Sweden. These carbon pricing champions will strengthen existing systems and support new ones.

The Global Carbon Pricing Challenge will create a forum for dialogue and coordination to make pricing systems more effective and support other nations when adopting carbon pricing. It aims to cover 60% of global emissions by 2030.

Each year, the participants will come together to track their progress toward meeting the goals of the Challenge. They’ll also report new actions and share best practices. By cooperating internationally, they can signal to investors that pollution can’t be free.

Basically, carbon pricing works because there is a financial incentive for entities to pollute less. Its purpose is to send a clear message that carbon-intensive products are costly. It also gives consumers and industries the flexibility they need to look for the lowest-cost solutions.

Carbon pricing holds the biggest emitters accountable for their pollution. That’s because the more they pollute the air, the more it will cost them.

Pollution pricing varies based on the regions, businesses and individuals covered. So there are different types of carbon pricing.

The most common type of this pricing is a carbon tax. It charges a direct price per unit of GHG emissions. Some carbon pricing systems combine elements of both cap-and-trade systems and carbon taxes.

Canada’s carbon pricing system is a mix of federal and provincial policies. Together, they cover over 80% of the country’s total emissions but at varying costs per tonne.

Canada continues to be a global innovator in effective carbon pricing. Its recent initiative on establishing carbon contracts will ensure that entities can plan for their long-term decarbonization and clean technologies investments. And that becomes possible with a predictable price on pollution and carbon credits.

The True Story of Nixon’s Nucleargate