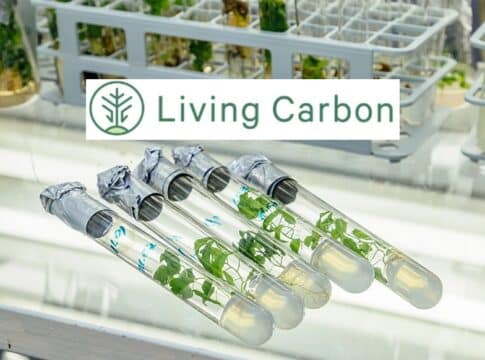 Temasek, Singapore’s sovereign wealth fund, along with Toyota, led the $21 million Series A funding round for climate biotech company Living Carbon that seeks to improve the ability of trees to absorb carbon.

Founded in 2019, the climate tech company said its first product, a hybrid poplar tree, can capture up to 27% more carbon. Maddie Hall, CEO and Co-Founder of Living Carbon said:

“We’re excited to close our Series A and continue to make progress on large scale carbon removal using plant biotechnology…Photosynthesis enhancement increases biomass rather than yield so is better suited to carbon markets, where success is measured by how much carbon is locked away…”

Living Carbon $21M Series A Round

The San Francisco-based firm has raised $21M in a Series A funding round led by Temasek and backed by largest automaker Toyota. The round also has participation from Lowercarbon Capital, Felicis Ventures, and other strategic angels. This makes the total funding raised to $36 million.

The biotech firm said it will use the money to grow its team and expand its work on bio-engineered climate solutions. It will also spend the funds to produce up to 5 million super trees saplings and fund research of new products. And that’s despite criticism over possible unintended consequences of genetically tweaking trees.

Non-profit campaigners like “The Campaign to Stop Genetically Modified Trees” oppose the idea. They said in a report that doing so may have an impact with “unpredictable, uncontrollable and irreversible nature”. Tree pollen and seeds cannot be contained.

But earlier this year, Living Carbon released a paper showing the huge potential of biotechnology in helping stabilize the climate.

The carbon sucking abilities of trees are critical to the world’s efforts to limit global warming. But the rate of deforestation continues to increase, hitting record high in the Amazon last year.

There are many ways to enhance carbon capture in plants. These include increasing resistance to disease and drought, salt tolerance, decomposition resistance, and photosynthesis enhancement.

While most efforts focus on protecting forests or regrowing them, Living Carbon is tweaking the genetic code of trees so that they grow quicker while locking away more CO2.

As shown in the image above, a photosynthesis-enhanced seedling (left) is taller than its controlled counterpart (right).

The firm’s initial focus is two-fold:

The biotech firm’s research shows that enhancing photosynthesis can boost biomass accumulation in trees by 53% more than control plants.

Biomass accumulation is a strong indicator of carbon assimilation, with about half of biomass being stored carbon.

As shown below, event A (hybrid poplar in green bar) has significantly higher biomass production in all plant tissue types, at both fresh weight and dry weight levels.

The study also revealed, in a world first, the potential to capture about 27% more carbon.

Living Carbon’s biotechnology is an example of how engineering can work together with nature’s ability to capture and store carbon. The company’s use of biotech in trees shows how this can be a scalable and viable solution to the climate crisis.

The biotech firm’s photosynthesis-enhanced trees offer opportunities for nature-based carbon removal. By planting these trees and locking away more carbon, landowners can generate carbon credits that they can sell to entities seeking to offset their CO2 footprint.

“The voluntary carbon credit market is on track to exceed $50 billion by 2030… Living Carbon’s synthetic biology platform has the potential to fill the gap between supply and demand by leveraging the powerful combination of proven nature-based solutions as a carbon sink and genetic engineering to deliver high-quality carbon credits to the market.”

Living Carbon is ramping up production of its biotech hybrid trees. It’s on track to produce 4-5 million seedlings throughout the U.S. in 2023-2024. The seedlings will be available for companies to buy to reduce their emissions.

The firm is partnering with landowners to develop carbon projects in Pennsylvania and Georgia. With a focus on the U.S. market first, they aim to double annual acreage.

Living Carbon will plant 60,000 seedlings in February and has sold out the carbon credits for them for 2023. But they’re also doing pre-sales for the next two years. 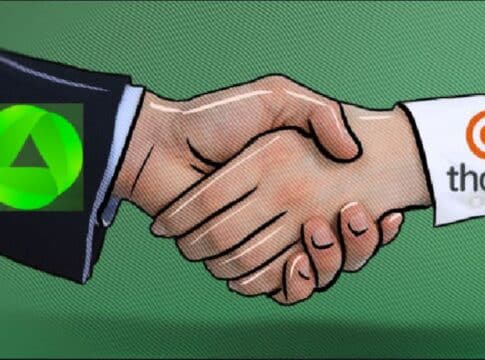