Brazilian meat giant JBS is under investigation by a watchdog group that questions the company’s GHG emissions disclosure and the integrity of its “green bonds”.

The world’s biggest meat company, JBS, was founded in 1953 in Western Brazil. It expanded into Argentina, to the U.S. and beyond.

It has made plenty of acquisitions, too, including the beef business of Smithfield Foods, pork business of Cargill, and most of Pilgrim’s Pride chicken production.

The food-processing firm has sold ~$3 billion worth of green bonds tied to its sustainability goals in 2021. It said that should it fail to achieve its GHG emissions targets, it will pay bondholders a “premium or step up amount”.

But according to an activist group, Mighty Earth, JBS is already missing out on meeting its climate goals.

The group said that the meat giant contributed to or ignored deforestation done by its suppliers, and filed a complaint about it with the Securities and Exchange Commission (SEC).

Mighty Earth calls for the agency to impose appropriate penalties and injunctions on JBS. the organization’s CEO and founder Glenn Hurowitz remarked:

“We see JBS as one of the three linchpin companies for changing the whole meat industry… It has by far the highest emissions of any company in agriculture.”

The group noted that JBS methane emissions are far more than the total sum of four large countries – Germany, France, Canada, and New Zealand. And so, they’re taking on the company over whether its “green” bonds deserve to be called as such.

JBS disagrees with the group’s accusations, saying that it will channel $7 billion to sustainability efforts. For instance, it aims to adopt solar power for all of its Swift & Company stores. It also works with European health and nutrition company DSM to cut its cattle methane emissions.

Moreover, the food giant is also planning to invest another $1 billion over the next decade to slash its emissions intensity by 30%.

Specifically, JBS said the firm seeks to reduce its Scope 3 emissions. This refers to the indirect emissions from sources that an entity doesn’t own or control, e.g., suppliers.

The company stated in a filing:

Investors are becoming more concerned about the environmental impact of the firms they invest in. Thus, many demand more transparency and disclosure.

The complaint against JBS comes as the SEC will be revealing its new rules on GHG emissions disclosures. Climate activist groups believe that this will improve transparency in disclosure if businesses report them.

The SEC had dealt with this concern in some cases. For example, the agency prompted Goldman Sachs Asset Management to pay the penalty amounting to $4 million last November. It’s a charge for misrepresenting its mutual funds and ESG investment accounts.

Still, the regulator has to deal with how entities measure emissions coming from sources they don’t control. The bulk of JBS’ emissions (90%) comes from its supply chain or Scope 3.

The company doesn’t argue against corporations’ role to mitigate climate change. In fact, it pledges to reach net zero emissions by 2040.

In a framework it published for bond investors, JBS acknowledges that climate change “poses significant risks to our business, our producer partners, customers, and consumers.”

Regardless, Mighty Earth still seeks more disclosure. The group claimed that JBS is not disclosing correctly the total number of animal slaughter it has had since 2017. That figure is a significant part of the firm’s total GHG emissions as a meat processor.

That’s a larger footprint than all of Italy and almost as large as that of the UK.

The food company, however, responded that it hasn’t misled its investors. That’s why its green bonds are not tied to Scope 3, only to Scope 1 and 2 emissions.

JBS spokesperson said the bonds were not for “funding its entire decarbonization process”. Rather, they were “clearly designed and structured” to address the facilities under the firm’s control.

Behind that pledges are a series of investigations into JBS operations.

In November last year, the meat processor claimed it was a victim of fraud in buying thousands of cattle from illegal farms in the Amazon.

Before that, the firm was the subject of various financing and bribery investigations. And for the past five years, it has paid millions for violating the Foreign Corrupt Practices Act and settling price-fixing cases.

Mighty Earth thinks that JBS has the freedom in disclosing its GHG emissions, as to what and to whom.

The group also said that the meat giant is considering getting into capital markets in the U.S. for a public offering. However, without addressing the dispute over its GHG emissions disclosure, it might be hard for JBS to achieve that, says Mighty Earth. 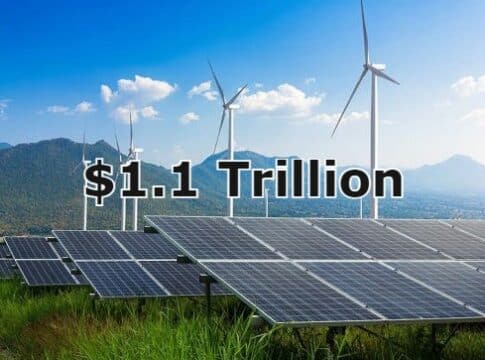